The occipital bone (figs. 344-346), situated at the posterior and inferior part of the cranium, is trapezoid in shape and concave forwards. It is pierced by a large oval aperture, termed the foramen magnum, through which the cranial cavity communicates with the vertebral canal. The expanded plate above and behind this foramen is named the squamous part (squama) ; the thick. somewhat quadrilateral piece in front of it is called the basilar part ; that on each side of the foramen is named the condylar past (lateral portion).

The squamous part of the occipital bone, situated above and behind the foramen magnum is curved from above downwards and from side to side.

The external surface is convex and presents midway between the summit of the bone and the foramen magnum a prominence, termed the external occipital protuberance. Extending laterally from this on each side are two curved lines, one a little above the other. The upper line, often faintly marked, is named the highest nuchal line (linea nucha suprema), and to it the epicranial aponeurosis (galea aponeurotica) is attached. The lower line is termed the superior nuchal line. ,The part of the external surface above the highest nuchal lines is smooth, and covered with the occipital belly of the occipitofrontalis muscle. The part below the highest nuchal lines is rough and irregular for the attachment of several muscles. From the external occipital protuberance a ridge, termed the external occipital crest, often faintly marked, descends to the foramen magnum, and affords attachment to the ligamentum nuchae; running laterally from the middle of this line on each side is the inferior nuchal line. The superior nuchal line gives origin to the occipitalis and trapezius, and insertion to the sternomastoid and splenius capitis (fig. 345) ; into the surface between the superior and inferior nuchal lines the semispinalis capitis and the obliquus capitis superior are inserted ; the inferior nuchal line and the area below it receive the insertions of the rectus capitis posterior major and minor muscles. The posterior atlanto-occipital membrane is attached around the posterolateral part of the foramen magnum, just outside the margin of the foramen.

The internal surface of the squamous part is deeply concave, and is divided into four fossm by an irregular elevation, termed the internal occipital protuberance (eruciate eminence). The upper two fossae, are triangular, and lodge the posterior ends of the occipital lobes of the cerebrum ; the lower two are quadrilateral and support the hemispheres of the cerebellum. A wide groove, with raised edges, extends upwards from the protuberance to the superior angle of the bone; it lodges the hinder part of the superior sagittal sinus and is termed the sagittal sulcus; to the margins of this sulcus the posterior part of the falx cerebri is attached. A prominent ridge, named the internal occipital crest, runs downwards and forwards from the protuberance; it gives attachment to the falx cerebelli, and bifurcates near the foramen magnum; in the attached margin of this falx is the occipital sinus which is sometimes duplicated. At the lower part of the internal occipital crest a small depression is sometimes distinguishable; it is termed the vermian fossa, since it is occupied by part of the inferior vermis of the cerebellum. On each side a wide transverse sulcus extends laterally from the internal occipital protuberance; these sulci accommodate the transverse sinuses and their margins give attachment to the tentorium cerebella. The right transverse sulcus is usually larger than the left and is continuous with the sagittal sulcus. but the left may be larger than the right or the two may be almost equal in size. The angle of union of the superior sagittal and transverse sinuses is named the confluence of the sinuses, and its position is indicated by a depression on one or other side of the protuberance. The superior angle of the squamous part articulates with the posterior superior angles of the parietal bones, and corresponds in position with the posterior fontanelle (occipital fonticulus) of the fetal skull. The lateral angles are at the ends of the transverse sulci ; each is received into the interval between the parietal bone and the mastoid part of the temporal bone, The lambdoid or superior borders extend from the superior to the lateral angles ; then are serrated for articulation with the occipital borders of the parietal bones. and by this union form the Iambdoid suture. The mastoid or inferior borders extend from the lateral angles to the jugular processes; each articulates with the mastoid portion of the corresponding temporal bone.

The basilar part of the occipital bone extends forwards and upwards from the foramen magnum, and presents in. front a more or less quadrilateral surface. In the young skull this surface is rough and uneven and is joined to the body of the sphenoid bone by a plate of cartilage. By the twenty-fifth year this plate of cartilage has undergone ossification and the occipital and sphenoid bones are fused.

On the inferior surface of the basilar part, about 1 cm in front of the foramen magnum, a small elevation, termed the pharyngeal tubercle, gives attachment to the fibrous raphe of the pharynx. The longus capitis is inserted into the bone lateral to the pharyngeal tubercle, and the rectus capitis anterior into a small depression in front of the occipital condyle. The anterior margin of the foramen magnum gives attachment to the anterior atlanto-occipital membrane.

The superior surface of the basilar part consists of a broad, shallow groove which inclines upwards and forwards from the anterior border of the foramen magnum ; it supports the medulla oblongata and the lower part of the pons. and near the margin of the foramen gives attachment to the membrana tectoria and the apical ligament. On the lateral margins of this surface the inferior petrosal sulci are occupied by the inferior petrosal sinuses, and below each of these sulci the lateral margin of the basilar part is rough for articulation with the petrous part of the temporal bone. The condylar parts (lateral parts) of the occipital bane are situated at the sides of the foramen magnum ; on their inferior surfaces the occipital condyles form two oval processes for articulation -with the superior facets of the atlas or first cervical vertebra. They are oval or reniform in shape, with their long axes running forwards and medially, so that their anterior ends are closer together than their posterior and encroach on the basilar portion of the bone ; the posterior ends extend back to the level of the middle of the foramen magnum. The articular surfaces of the condyles are convex from before backwards and from side to side; they loop downwards and laterally, and are occasionally constricted near their centres. On the medial side of each a rough impression or tubercle gives attachment to the alar ligament. Above the anterior part of each condyle the bone is pierced by the anterior condylar (hypoglossal) canal, which begins on the cranial surface of the bone a short distance above the anterior part of the foramen magnum, and is directed laterally and forwards. It may be partially or completely divided into two by a spicule of bone; it gives exit to the hypoglossal nerve, and entrance to a meningeal branch of the ascending pharyngeal artery.

Behind each condyle a depression, termed the condylar fossa receives the posterior margin of the corresponding superior facet, of the atlas when the head is bent backwards ; the floor of this fossa is sometimes perforated by the posterior condylar canal through which an emissary vein passes from the sigmoid sinus. The jugular process extends laterally from the posterior half of the condyle. It is a quadrilateral plate of bone, indented in front by the jugular notch which in the articulated, skull, forms the posterior part of the jugular foramen. The jugular notch is sometimes divided into two by a bony spicule named the intrajugular process, which projects forwards and laterally. The under surface of the jugular process is rough and gives attachment to the rectos capitis lateralis ; from this surface an eminence. termed the paramastoid process, sometimes projects downwards, and may be of sufficient length to articulate with the transverse process of the atlas. Laterally the jugular process presents a rough quadrilateral or triangular area which is joined to the jugular surface of the temporal bone by a plate of cartilage ; after the age of twenty-five this plate tends to ossify. On the superior surface of the condylar part an oval eminence, termed the tuberculum jugulare, overlies the hypoglossal canal ; its posterior part often presents a shallow furrow for the glossopharyngeal, vagus, and accessory nerves. On the superior surface of the jugular process a deep groove curves medially and forwards around an upwardly directed hook-shaped process and ends at the jugular notch; it lodges the terminal part of the sigmoid sinus. Close to the medial margin of the groove the posterior condylar canal opens into the posterior cranial fossa.

The foramen magnum is a large oval aperture with its long diameter in the median sagittal plane. The foramen is wider behind than in front, where it is encroached upon by the occipital condyles.

Structure.-The occipital, like the other cranial bones, consists of two compact lamely, called the outer and inner tables, between which is the spongy substance or diploe; the bone is thick at the ridges, protuberances and condyles, and at the anterior portion of the basilar part ; in the lower parts of the inferior fossae it is thin, semitransparent, and devoid of diploe. 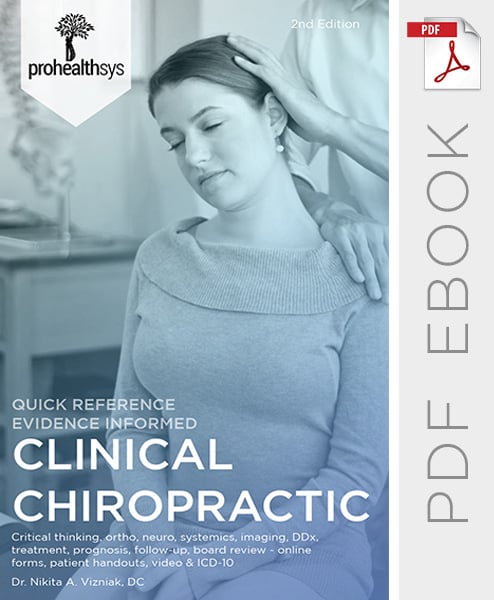